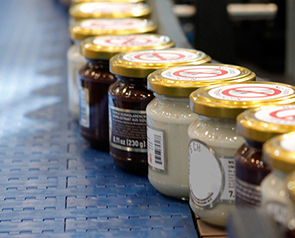 History of some industries in Iran including food industry have been forgotten, But efforts for professional activities in this industry began from decade 1960. Food industries should provide 100 million person food need till 10 years later in Iran. Islamic revolution and imposed war occurrence were one of the most important Factors of food industry development in Iran, so this industry rapidly turned into national and international prosperity from small and territorial facilities. Nowadays, food industry acts as one of the most successful industries for Iranian nation and fortunately the nation have grown affluently in absence of foreign investors. In Iran only french businessmen invested in mineral water and “Nestle” is one of the few companies which has embarked to invest too. Food industry has allocated large amount of export, but we have to proceed to growth and development path with much more velocity in commercial relationships strengthening era with different countries.
Iran’s food industry has a special position in international markets due to the country’s particular situation including soil fertility and favorable and various climate, but it is notable that only the capability of producing and processing food products is not adequate for continuous and successful presence in global competition and it is necessary to consider international standards and respect to customer’s attitude and interests in target marketplaces. Iran has third position in food diversity in the world. Iran’s food industry with more than ten thousands production units and 400000 occupational opportunities has the ability to product and processing more than 150 million tons of raw agricultural materials. Iran has been one of the biggest food producers and has suitable position in production diversity in world. According to Iran customs, trade of agricultural and food products reached to $ 18412000000 that the share of import and export of these products in 2013 were $ 13214000000 dollars and 2.5 billion dollars respectively and in this year the share of trade of agricultural and food products from total value of non-oil trade was 22.2 percent, also the share of export of agricultural and food products from total value of non-oil export ( incl. gas condensate ) reached to 5.12 percent.

The value of Iran’s foodstuffs import and export in 2010 were more than 8.156 billion dollars ( 5.12 percent of total import value ) and about 4.738 billion dollars ( 7.4 percent of total export value ) respectively based on WTO statistics and Iran had 30th rank among first 60 major exporting countries of food products in the world. The value of import of agricultural and food products reduced by 27 percent in 2015 year compare to 2014 and the value of export of these products in this period reduced by 14 percent. Balance of foreign trade improved to 138 million dollars for second quarterly of 2016 in compare to similar period of 2015 in agriculture sector. Products such as corn, wheat, soybeans, soybean meal and rice are among of top import products and top import food products too. Import of products from Swiss country has been significantly increased in recent years, so that this Country has had major share of top 10 import goods ( esp. 4 of 10 these goods ). In fact, Swiss is not among major foodstuffs producers and Iran has selected this country as an intermediate one, the trend that was adopted in sanction era and must be currently modified in post-sanction era. Purchasing power of people has been decreased in 3 years ago, while food accessibility has been augmented due to global food price reduction according to FAQ announcement. The share of food expenditure is 26.5 percent in Iran whereas this share is 6 Percent In US so Iranian people allocate more than a quarter of their income to foodstuffs.
The quality of food products in terms of health has been enhanced in the light of perfect, flawless and common cooperation and interaction between Iran’s food industry association, food and drug organization, national standard organization, ministry of health and medical education, ministry of agriculture jihad and ministry of industry, mine and trade. Food industry status and trend is a growing and developing one in Iran, but it is essential that this trend would be considered through regarding production standards more than ever.