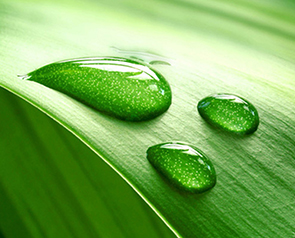 Middle East is paradise of world’s cosmetics industry. It is important to state a brief introduction of main players of cosmetics industry in Middle East region. Saudi Arabia has the largest consume market of cosmetic products including skin and hair care products among the Persian Gulf countries. Also Saudi Arabia and United Arab Emirates have the most cosmetics market growth rate among the region countries. Saudi’s women annually spend average of 14 thousand riyals for cosmetics products. Sales of skin care products in Saudi Arabia was about $ 397.2 million in 2010 and this figure reached to $ 502.9 million in 2015 that had a growth of 26 percent, sales of these products was about $ 267.4 million in 2011 in United Arab Emirates and reached to $ 331.3 million in 2014, so that this country lied in rank two with a 24 percent growth after Saudi Arabia. As well as, the people of United Arab Emirates have the highest rate of consumption of natural and organic cosmetics products.
Figures from Middle East’s previous beauty exhibition indicated that the most of visitors were from United Arab Emirates, Iran, Saudi Arabia, Pakistan and India.
Saudi Arabia and Iran have appropriated the highest consumption rate of cosmetics products in Middle East respectively, total consumption value of these products was about $ 7.2 billion in 2008 in the region while Iran had one third share. Iran is the largest exporter of cosmetics, hygienic and detergent industries in the region, in these industries in Iran, about 150 business units are responsible for the production of raw materials, more than 500 factories are working and there is a severe and intense competition, especially in the field of production of hygienic and detergent products.
The value of export of cosmetics, hygienic and detergent products ( incl. raw materials and final products ) was $ 500 million in 2014 in Iran and major export items which have sold to neighbor countries were detergent products ( mostly contain shampoo and soap ). Detergent industry accounts one of the most important industries that is many things to say not only in domestic but also in Middle East marketplace.
In real, Iran has many potential capacities for export of these products and a large part of detergents’ raw materials produces in the country, whereas a part of personal care products such as shampoo and cream is provided from outside of the country and are applied after related processes in factories. There is almost a production capacity as much as 2 to 3 times of domestic needs for exports in Iran. Despite an increase of 25 to 30 percent of detergent products’ export volume in 2016 than previous years, about 60 percent of the production capacity of these items is still empty and therefore it is necessary to revise, facilitate and make solutions in order to formulate and design comprehensive and consistent regulations relating to planning, investment, import and export in cosmetics, hygienic and detergent industries according to Iran’s market needs simultaneously and there is myriad capacities and opportunities for export in these industries contrary to considerable advancements in recent years. It is notable that a growth of 7 percent in production and 14 percent in export has predicted in detergent industry for 10 years later.
Ninety percent of import of cosmetic and hygienic products is as contraband ( illegal import ) and only 10 percent of it accounts as legal that related value reaches to $ 150 million on average in recent years, of course, exact figures don’t exist for import of these items, nevertheless import growth of them even detergent products have significantly augmented so that it leaved out exchange between $ 3 to 5 billion from Iran in recent years based on reports of 2014 year.
One of the major problems has been widespread contraband that fortunately various government policies which have been applied in the past 7 years, have been the main reason for decreasing contraband, becoming more competitive and proper balance in supply and demand. It is worth mentioning that contraband phenomenon was a serious threat for public health and many of arisen issues from this phenomenon resolved through legalizing import processes.
One of important challenges which cosmetics, hygienic and detergent industries face, is that products diversification is slow and diversification process has not been as appropriately as expected. In general, government facilities and supports have had a growing trend in recent years that promise further development and prosperity in the near future. Holding several exhibitions is very helpful for consumers due to high demand of products purchase, customer awareness and introduce foreign brands.
Cosmetics, hygienic and detergent industries are among the few industries which need to provide raw materials from petrochemical companies, the materials that are produced about 85 percent of total as needed, given that final prices of these materials cost lower than ones import with heavy tariffs. Abovementioned industries don’t require advanced and complex technology, machinery and equipments in Iran, but the matter which is more considered is about production formulation that has caused relevant quality improvement in formulation and packaging in competitive conditions and due to manifold production capacity of consumption.
Hopefully, aforementioned industries play a critical role in non-oil exports with regard to attractive market with mass audiences and manifold production capacity of internal need in Middle East.