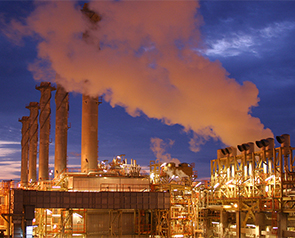 Oil Industry
History of oil exploration in Iran dates back to the year 1908, the first oil well with economic production in Middle East was drilled at a depth of 338 meters in “Naftoon” oil field in Masjed Soleiman city following a multi-year effort in north west and south of Iran. The beginning of the Iranian oil industry activity has actually started since 1911 with production of five hundred barrels per day from “Naftoon” oil field.
Due to the acceleration of the process of exploration and drilling operations and oil and gas production activities, "Iranian Oil Company special services" (ESCO) was founded as contractor under contract with “National Iranian Oil” company in early 1970s.
The oil industry was nationalized in Iran due to widespread national oppositions in 1950. “National Iranian Oil” company took over all activities in the field of oil industry with the victory of the Islamic Revolution in Iran and several other firms began their activities in this industry in the aftermath of the revolution.
Establishment of multiple refineries and subsidiaries, building pipelines and related equipment and founding accessories such as petrochemical industry are among oil industry’s long-term activities.
Iran’s economy from the beginning has always been strongly dependent on oil and due to this dependency, Iranian experts and managers have seriously tried to create economic diversity by investing the incomes from oil exports in different fields recently. Generally, revenue from oil industry includes about 70 percent of total export earnings and 40 to 50 percent of GDP and government budget and with about 3 percent oil industry growth rate and 8 percent approved economic growth rate, the share of oil in GDP will reach less than 20 percent after 15 years.
The number of active oil fields in production amounts to 42 in Iran in 2016 that 75 percent of them are active in land and other are in sea. Iran’s oil export will reach about 3 millions barrels per day until the end of 2016, this country is 10th biggest crude oil consumer in the world with average 1.95 million barrels per day consumption and considers the second biggest oil exporter in Middle East in 2015 accordingly. Moreover, the amount of Iran’s oil consumption decreased 4.5 percent in 2015 compared to 2014, this country with 4.2 percent of the world’s total oil production has sixth largest oil producers rank and supplied over 16 percent of Middle East oil. Capacity of crude oil production and export will become twofold after international sanctions repeal.
In 2015, America with oil production of 12 million and 704 thousand barrels per day, has been the world's largest oil producer after Saudi Arabia and Russia with second and third positions, respectively. Iraq and Qatar have the greatest potential for increased oil production capacity during the next 5 years.

Petrochemical Industry
Petrochemical industry as one of the most important options to expand exports and related peripheral industries, has particular situation for Iran economy. The main feed of petrochemical industry is supplied from by-products of crude oil and natural gas which contains light and heavy naphtha of methanol, liquid and natural gas and gas condensate.
Petrochemical industry as regards that has the highest level of relative and absolute advantage, has allocated the largest share of capital market in Iran and abundant access to primary resources, having expert human resources and technical knowledge existence are among the industry advantages.
Petrochemical products, in addition to export advantage, use for domestic sales. Intermediate and final related products include ethylene, propylene, polyethylene, rubber, benzene, xylene mixture, styrene, methanol, ammonia, urea and melamine crystal.
In recent years, development, optimization and capacity enhancement projects have started in petrochemical complex. Nowadays, the value of Iran’s petrochemical products amounts to $ 18 billion and there is a need for about 500 million euros foreign currency for implementing projects, based on petrochemical companies estimation.
The main government efforts in oil, gas and petrochemical industries have recently focused on key topics of crude oil production increase from joint fields, gas production increase from joint fields, increment of quantity and quality of gasoline and gas oil production, domestic technology development and development of petrochemical industry.