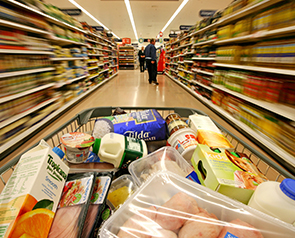 Retail industry is considered as an intrinsically native one, since it always needed to recognition of special groups of customers’ habits and attitudes. Retail was very difficult, but the industry became global with growing global trade from early 1990. Walmart is on top of retailers listing in the world and its sales volume is nearly three times greater of Carrefour’s one which lies in the second rank. Walmart growth has gradually developed from the US domestic marketplace to another countries during the past years. However, retailers of some countries including the US have never expanded/developed beyond the geographical borders of their own country despite general globalization trend. Also, there has ever been several challenges facing the entrance to a new country that contain : cultural and linguistic differences, various internal regulations, auditing practices, customs procedures and complexities of supply chain.
Retail industry is a great business and its sales volume reaches to $ 7.2 billion, this industry has reached maturity and even decreased its growth in developed countries and it is required to operate and compete in other areas for achieving higher than average growth. A new and growing demand must be created in emerging and rapidly growing economies. Despite widespread fluctuations in retail industry, suitable prospects for the future is drawn especially in countries with favorable economic situation. The retail sector is the second largest employer among the different departments and about 18 percent of total employment belongs to this sector, this figure is 31 percent for service sector whereas shares of public and manufacturing sectors are 16 and 14 percent respectively. It is sufficient to state about importance of retail industry that several courses in this industry are being currently taught at associate to PhD Degree in US universities.
Templates and strategies which retailers act based on them are being rapidly changed and evolved in most parts of the world. It is essential that customers be able to supply all their own necessary goods at once at large stores. Large supermarkets that customers can buy numerous commodities have become a global patterns. As retail industry has reached to maturity in saturated markets, retailers endeavor to take action to diversification through various strategies and focus on products’ brands instead of their own brand. Multi-channel retail has become to a superior model in business through physical stores, catalogues and internet and provided more availability to buying centers, brands, products and information for consumers. The competition is now giving way to diverse retail patterns and this diversity is caused by the fact that retailers are looking strategies of products development for meeting different needs of their customers which will lead to become more competitive in order to maintaining the development and growth trend.
Competitive advantage of chain stores merely forms based on their extensive accessibility and modern infrastructure and native advantages will gradually fade over time. Iran with seventeenth place in the world in terms of population, is in the early stages of the development of chain stores and with nearly 2 millions of retail stores has 3rd global rank in the industry expansion. Basically, retail units/stores lack certain organized and integrated features. Nowadays, there is no primitive and comprehensive rules for the industry in Iran and development of retail units/stores without perfect studies and only with aim of partially meeting work force and marketplace needs results in growing these units increasingly due to related low foundation/launch cost.
The retail industry really requires strategic evolution in developing countries like Iran. Researches and studies indicate 20 percent decrease in final cost if distribution and sale systems are improved and modernized in Iran appropriately and remark only 18 percent of retail industry has modern and uptodate infrastructures and mechanisms in Iran while this figure is more than 80 percent in developed countries. These facts express that this industry has high potential of investments for both Iranian and foreign new incommers. The willingness and enthusiasm of varied companies and investors to enter Iran market have seriously increased in recent years. The retail industry accounts one of the essential areas and infrastructures in every country and if this industry expand, consequences of sustainable employment will be positive even assuming threats for small and traditional stores. Also it is provided high quality production with reducing logistic and final costs for consumers.
A wide range of stakeholders utilize through development of retail industry and the Iran government has serious intention in developing this industry. Formation of chain stores’ syndicate was one of the good things that happened in this area which had more than 10 years background and history. Entrance of foreign companies to Iran and partnership of Iranian firms with them can be the main factor for achieving necessary knowledge and shorten the development path. The Iranian people have to connect to global chain of progress with regards to rapid changes and trend of creativity and innovation in sales and marketing fields as importance of these issues in this industry is more than related ones of other industries. Foreign companies view to Iran and its investment opportunities more seriously and are more eager to cooperate with Iranian parties in after sanction era, especially a number of the companies were not even allowed to negotiate in the sanctions period.
Fundamentally, a series of new firms could be created by combining IT and retail industry and the capacity of the $ 70 billion retail industry can be an attractive market for developing IT systems in Iran too.